Production of microcircuits for industrial devices and robotics

The resident of the special economic zone (SEZ) Technopolis Moscow - Zelenograd Nanotechnology Center (JSC "ZNTC") - began to produce import-substituting microelectronics for industrial automation, robotics and other high-tech industries. This was announced by the head of the Department of Investment and Industrial Policy, which is part of the Complex of Economic Policy and Property and Land Relations of the capital, Vladislav Ovchinsky.

"The enterprise begins small-scale production of integrated circuits designed to control the angle of rotation in control systems of various objects, including industrial devices and household appliances. Also, the development will be used in robotics. In addition, it can be used in the automotive industry, in electronic engine control systems, to adjust the position of headlights and the angle of inclination of seats,” - said Vladislav Ovchinsky.

Enterprises that have the status of a resident of the Technopolis Moscow SEZ receive additional support. They are exempted from paying land, property and transport taxes, the income tax rate for them is reduced to two percent. In addition, customs duties are not levied on the goods they import.

Electronic city of Bengaluru, Karnataka: Silicon valley and The Capital of World Outsourcing 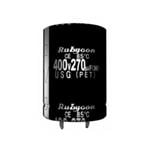 1. When designing an operational amplifier, capacitan...

When designing an operational amplifier, capacitance will have the following effects

6. Take you to understand how many kinds of sensors a...

7. How to judge whether the self-recovery fuse is goo...

How to judge whether the self-recovery fuse is good or bad? What are the methods?

8. The principle of Zener diode and precautions for use

The principle of Zener diode and precautions for use

9. How to quickly detect the quality of light-emittin...

How to quickly detect the quality of light-emitting diodes?