The head of the project office of the NTI Competence Center "Trusted Interaction Technologies" of TUSUR told TASS about the work on the first quantum network beyond the Urals.

Dmitry Bragin, head of the project office of the Competence Center of the National Technological Initiative “Trusted Interaction Technologies” of TUSUR, told the TASS news agency that the first quantum network beyond the Urals is planned to be tested before the end of 2024.

At the first stage, it will be used only in TUSUR for communication between the buildings distributed throughout Tomsk, then it will be extended to all six universities of the Big University of Tomsk; further plans include building a quantum network between Tomsk and Novosibirsk,” Dmitry Bragin noted. — Our task is research work and practical testing of technical solutions of our industrial partner — InfoTeKS JSC, aimed at protecting information using quantum technologies.

He also explained that in the future the company plans to open the production of equipment for building quantum networks in Tomsk.

In the near future, the usual methods of protecting information transmitted over networks will become irrelevant. This is primarily due to the development of quantum computers and the emergence of the possibility of hacking network traffic protected by traditional methods. The quantum network makes it possible to continuously generate new keys and distribute them securely at the physical level between network subscribers. The simplest example where a quantum network can be applied is electronic document management.

The head of the project office of the NTI Competence Center "Trusted Interaction Technologies" also told TASS that the university's specialists, based on ongoing scientific and applied research, will develop new educational modules for training specialists in quantum telecommunication networks. Shipping problem for Ford：Shortage of Chips 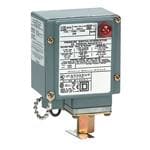 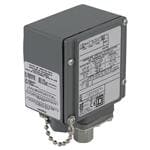 1. The difference between surge suppressors and arrester

The difference between surge suppressors and arrester

3. Capacitor puzzle: how to use capacitors together?

Capacitor puzzle: how to use capacitors together?

4. The role of digital-to-analog converter

The role of digital-to-analog converter

6. The working principle and application field of hig...

The working principle and application field of high-speed optocoupler

7. Fixed-frequency synchronous buck regulators for no...

9. What issues should be paid attention to when the c...

What issues should be paid attention to when the capacitor is stepped down?

TSMC plans to expand production in the US. $12 billion will be invested in this project