The company Eltex from Novosibirsk, which is engaged in the production of telecom equipment, plans to introduce a hardware platform for the production of 4G and 5G base stations next year. This will literally assemble such stations from elements, such as a constructor. Vedomosti writes about it.

The platform will become the basis for other companies to produce their stations. It will be a prototype of an open technology solution (OpenRAN), which will allow operators to purchase or optimize software for stations.

As expected, a prototype will be created by September 2023, and then it will be possible to develop serial production based on it. How large and successful it will be is another question.

All this will make it possible to create base stations and quickly launch them into a series, believes Aleksey Boyko, an analyst at the MForum agency. In addition to operators, it will also be of interest to large companies that want to develop private 5G networks. For this, the band 24.25-24.65 GHz was allocated, the decision of the State Commission on Radio Frequencies was made on March 17, 2020. 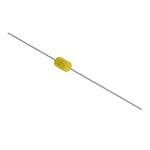 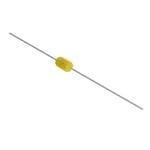 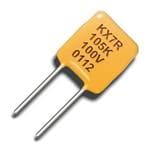 4. What is a magnetic bead and how to choose a magnet...

5. The first launch of the Russian manned spacecraft ...

6. Angstrem JSC has completed the development of a se...

9. Alldatasheet Search for Electronic Components from...